Yes, I am a gigantic geek in my own time!

I have a couple of projects running at the moment.  My big project is to build my own Star Wars, Mandalorian costume.  Progress has been slow during lockdown but i'm closer to the end than the start now.

My other project is a gift for my wife.  We're both massive Star Trek fans and a Klingon Bat'leth has been talked about for a while.  It was time to build!

What is a Bat'leth?  If you've found this post, you probably already know. But for the uninitiated, it's basically a very large sword like weapon, wielded by Klingon warriors. 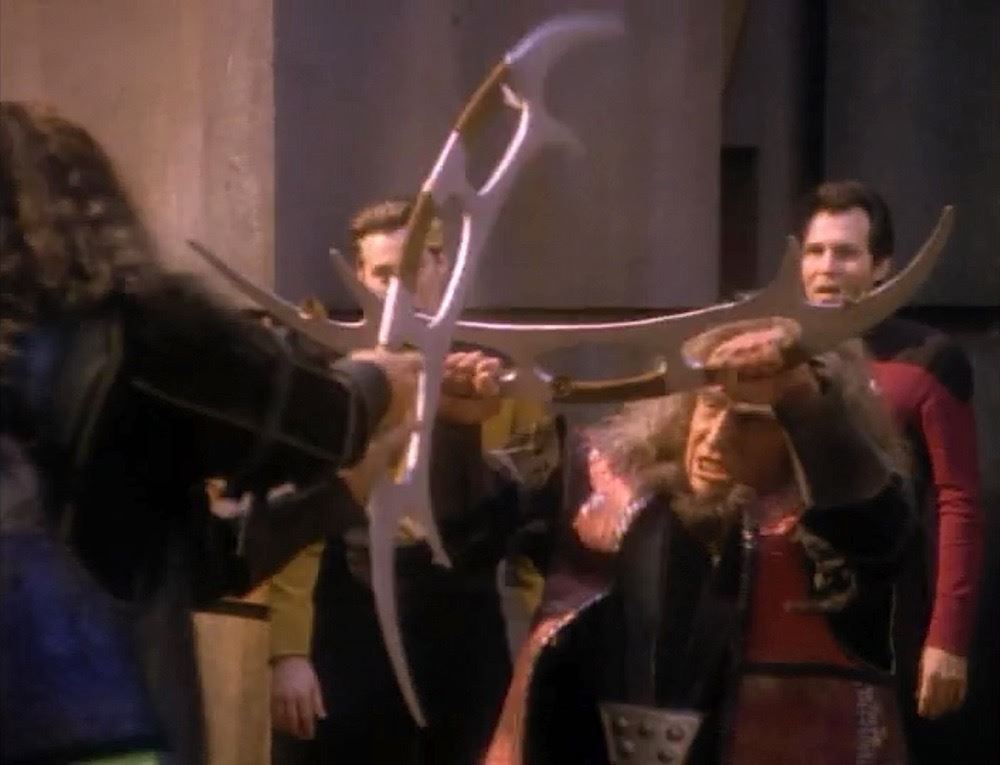 A traditional  Bat'leth is around 1.5m long, made of metal and is very sharp and very dangerous.  I'm definitely not forging a metal weapon.  Here's my version at step 1.

This is the Bat'eth after two pieces of board were roughly cut out and glued together.  Next step will be to sand it.

I'm using a cosplay building favourite for the build.  it is PVC Foamboard.  If you are interested in building your own, make sure you look for brand names like Foamex or Sintra.  PVC foamboard is very different to crafting foamboard.  This stuff is solid and essentially plastic.  It isn't a soft foam in any way.

I found some images on Google and sketched out the rough shape with a pencil on the first piece of board.  Foamboard cuts really easily with an exacto knife (take your time). I used a piece of 5mm board and layered two pieces together.  Once I had a rough shape cut out on the first piece, I simply drew around it on the second sheet of board and then cut it out. This has been great to make the piece stronger and given it the thickness needed.  The pieces were bonded together with superglue.  Epoxy adhesive is another popular choice but superglue and foamboard are a really good combo and the bond is permanent, as far as I can tell.

After one pass with 100 grit sandpaper I have a rough shape forming.  Sanding is going to be a big job on this project! Foamboard sands really well and it's a fairly good idea to do the sanding outdoors as it can get really messy.  Respirators may well be a good idea too!

After a pass with the sandpaper, I decided to help with the shaping by using some filler.  This well help smooth things out as I go.  I will probably use filler at least a couple of times during the project.

I use automotive filler for stuff like this.  Its great to work with!  In the US, you may know it as Bondo.  In the UK, you'll find it in halfords as P38 filler.   It's a two part filler and stinks.  You will want to be in a very well ventilated area when working and you'll need to work fast, it cures in minutes!

I spread the filler thick and fast over every edge to hide the joins.  The filler is designed for cars and dries really hard.  It's strong stuff, stronger than the foamboard!

Part two will continue with the build.  I'll be sanding (more), shaping, creating a bladed edge.  After that it'll be priming and painting.